Bible of William of St Calais

William of St Calais became bishop of Durham in 1080, replacing his murdered predecessor Walcher in an area that was politically unstable due to the fluid Anglo-Scottish border and the shifting allegiances of the Norman elite. At Durham Cathedral he decided to appeal to a historic vision of monastic Anglo-Saxon Northumbria and combine it with his own vocation as a Benedictine monk to refound the institution as a Benedictine monastery, replacing the incumbent clergy with monks from that order. In 1093 building work on what is now Durham Cathedral began.

The stone foundations were matched with spiritual ones, in the form of books. Bishop William’s gift of nearly fifty books to his new foundation was headed by a large two volume bible, of which only the second volume survives today as DCL MS A.II.4. 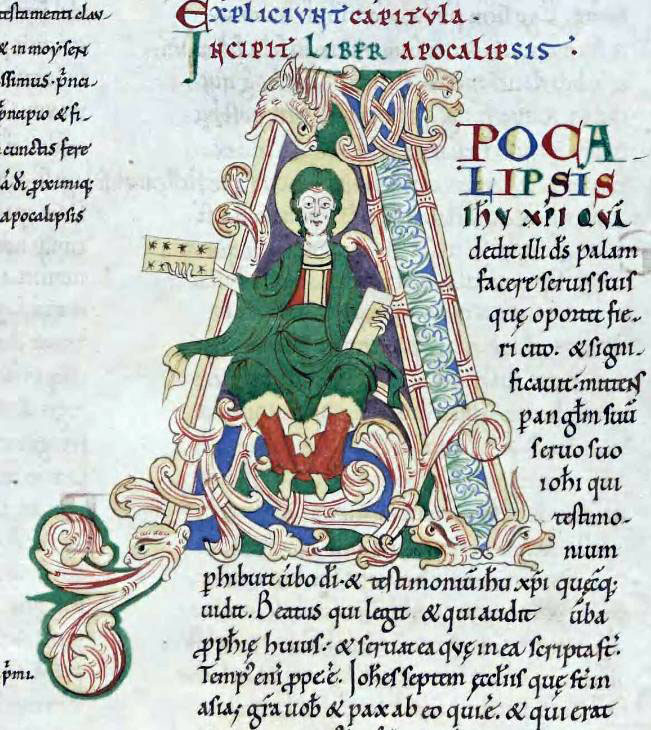 Initial A to the Book of Revelations