Working in the Cathedral

It feels appropriate to be writing this brief post in today’s cathedral library, the Sharp Library, underneath the immense wooden timbers of the roof in the old monastic dormitory. I’m looking up at the same beamed ceiling that all the monks at Durham would have known although the current windows and the book-presses are all much later additions.  Still, they give the lovely illusion that there has been an unbroken chain of scholarship in this room from the days when each monk had his windowed cubicle with a bed and a desk and the novices had the cubicles without windows through to today’s library where I have a laptop and a view towards Palace Green if I’m lucky. Some of the books that were read by the monks are still kept next door in the old refectory. (The links have pictures if you’re curious).   I’ve been thinking about space lately. Monastic space was of course highly regulated in a variety of ways, in terms of who could be where but also where monks had to be. What must it have been like when the monastery was officially gone and only 24 of the around 60 monks were still there in the new cathedral’s community? The prior’s house pretty seamlessly became the deanery. His life had always been slightly separate from the rest of the monastery and so it was easy for the last prior, Hugh Whitehead. But each of the canons needed a house of his own rather than living a communal life in the dormitory. They almost seem to have camped out in the old monastic buildings as they set up their own separate households. The Rites of Durham say that one canon took the kiln used to dry out grain for his house. The infirmary and guesthouse disappear pretty quickly. Canons would now host guests in their own houses as they were created within the larger buildings.   I walk out of the cathedral via the cloisters, stripped bare of benches and cupboards by the time of Dean Toby Matthews in the 1590s. Those benches and cupboards would once have been where the books were kept. I keep seeing annotations saying that the book had been placed in the ninth cupboard in the 1510s – it seems to have been where the new books were put, rather like a new books display in a library today. Finally, as I’m about to step out into the spring sunshine, I hear a choir rehearsal drifting through the cathedral from the quire. John Brimley, the last lay cantor (music master), stayed on through the Reformation to teach the choirboys and play the organs. He is buried in the Galilee Chapel, after a lifetime of making sure that there was music at Durham. The music he taught the choirboys changed with the Reformation and changed again through the seventeenth century and beyond, but here too the spaces and tasks would be recognizable today.   I always find it difficult to get the balance right- the empathy to understand the past and to make it understandable today, but also to maintain a sense of distance to respect its differences and to be clear-sighted about it. At Durham, I get to consciously think about overlapping usages, the ways  in which the needs of generations of occupiers have remade the buildings into what we see today and especially how the changing needs of the sixteenth century shaped the survival of the medieval cathedral.

The manuscript with the most folios numbered 38

One thing that you quickly get used to digitising manuscripts is that they don’t always have a neat numerical sequence, which makes the whole process of taking photographs page by page (and then linking these all together into the correct sequence) rather more work than it might appear. As you look through many of the manuscripts digitised here what you see may not make sense – is there a page missing here, why are there two folios numbered 2?

That is one of the reasons why we don’t neatly crop the pages, leaving enough of the opposite page visible to give you some proof that we have put it back together as an accurate representation of what survives, and we put a typed folio reference into each image, which represents what the manuscript says. This may just be the result of an accident of history, if pages have been lost, or more commonly a lapse on the part of the person pencilling the numbers onto the parchment.

The most spectacular example of this is in Durham Cathedral Manuscript A.II.17 which has an unprecedented five folio 38s, a feat which has stretched the ingenuity of the foliator. Apparently the result of missing an entire gathering of parchment, later correction has required adding f.38*, f.38², f.38³ and f.38⁴ to the original f.38.

It wouldn’t do to miss f.38v³, though, as this manuscript is the Durham Gospels and that is a full page crucifixion image. This is the Anglo-Saxon era crucifixion, a triumphant Christ on the cross, arms spread as if in benediction, rather than the more familiar pain-wracked figure of the later middle ages. The eyes stare straight back at you. 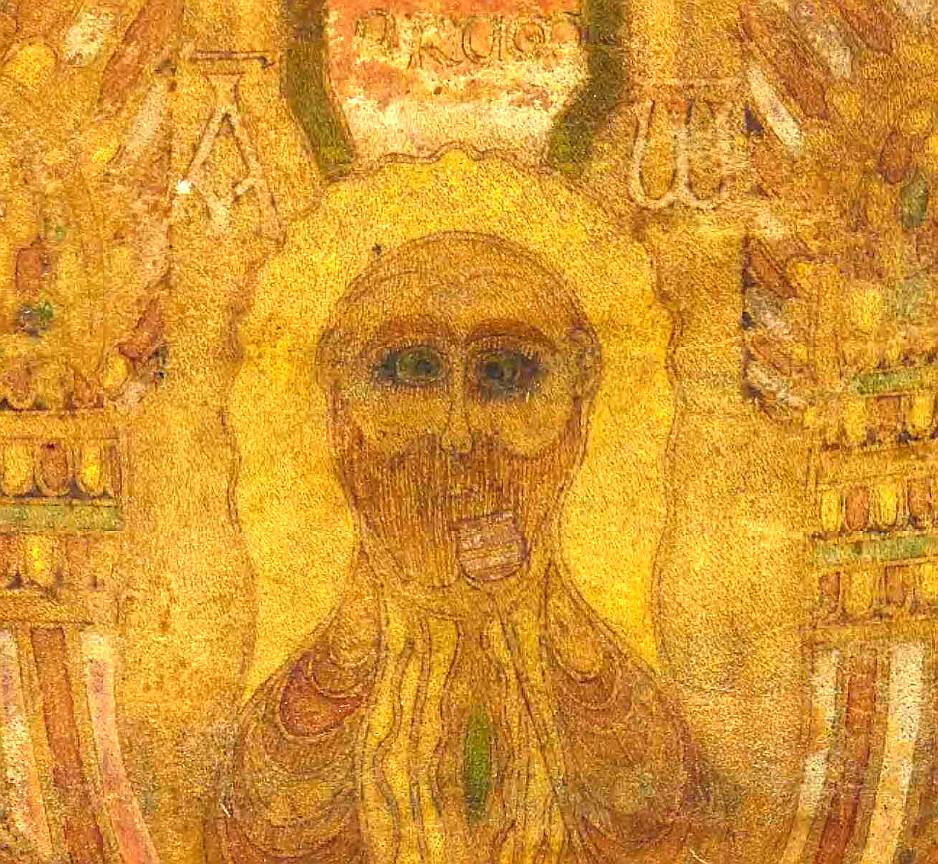 What about 1539? Starting work on the Priory Library in the Reformation

Hello! I’ve just joined the Durham Priory Library Project as the Zeno Karl Schindler post-doctoral fellow for the next year. I’m excited to be working on the priory library at a time of profound and pretty disorientating change- the sixteenth-century English Reformation. Durham was caught up in a see-saw of religious turmoil, as within twenty years Henry VIII broke with Rome, Edward VI pushed for a more puritan church, Mary I returned to Catholicism, and finally Elizabeth I established her own version of a Protestant church. Each change of monarch meant new ways of worship and new expectations of the cathedrals. Durham had to change or resist. My part of the project will look at how those choices played out in the former priory’s library.

Books that were at Durham in 1539, when the priory was dissolved, have had a variety of fates. At the extremes, some seem to have been lost entirely and some stayed safely in the cathedral. If a medieval book stayed at Durham through the sixteenth century, it’s a fair bet that it’s still here. Scroll down to see examples of the material that the project is currently digitising. Still other books went walkabouts during the sixteenth century and are now known to be elsewhere, including close by at Ushaw College or far away (such as the Lindisfarne Gospels now in the British Library). A few, like this lovely printed copy of Dun Scotus annotated by Thomas Swalwell, have come back to Durham in the last century.

END_OF_DOCUMENT_TOKEN_TO_BE_REPLACED

The first of four cartularies produced at Durham Priory in about 1400. The recording of all existing charters in book form as cartularies indicates a sustained campaign at this time to organise the records of the Priory, creating a coherent reference to the property and privileges enjoyed by Durham Priory and her dependent cells. The first cartulary contains documents issued by popes, kings, archbishops, bishops and some local property records. As most original papal charters were destroyed after the dissolution, this is an especially useful record of those grants.

This text is the start of a charter grant by King John in 1208 confirming the rights of the knights and free tenants of the diocese of Durham – the people known as the “haliwerfolc” (the holy man’s [i.e. St Cuthbert] folk). 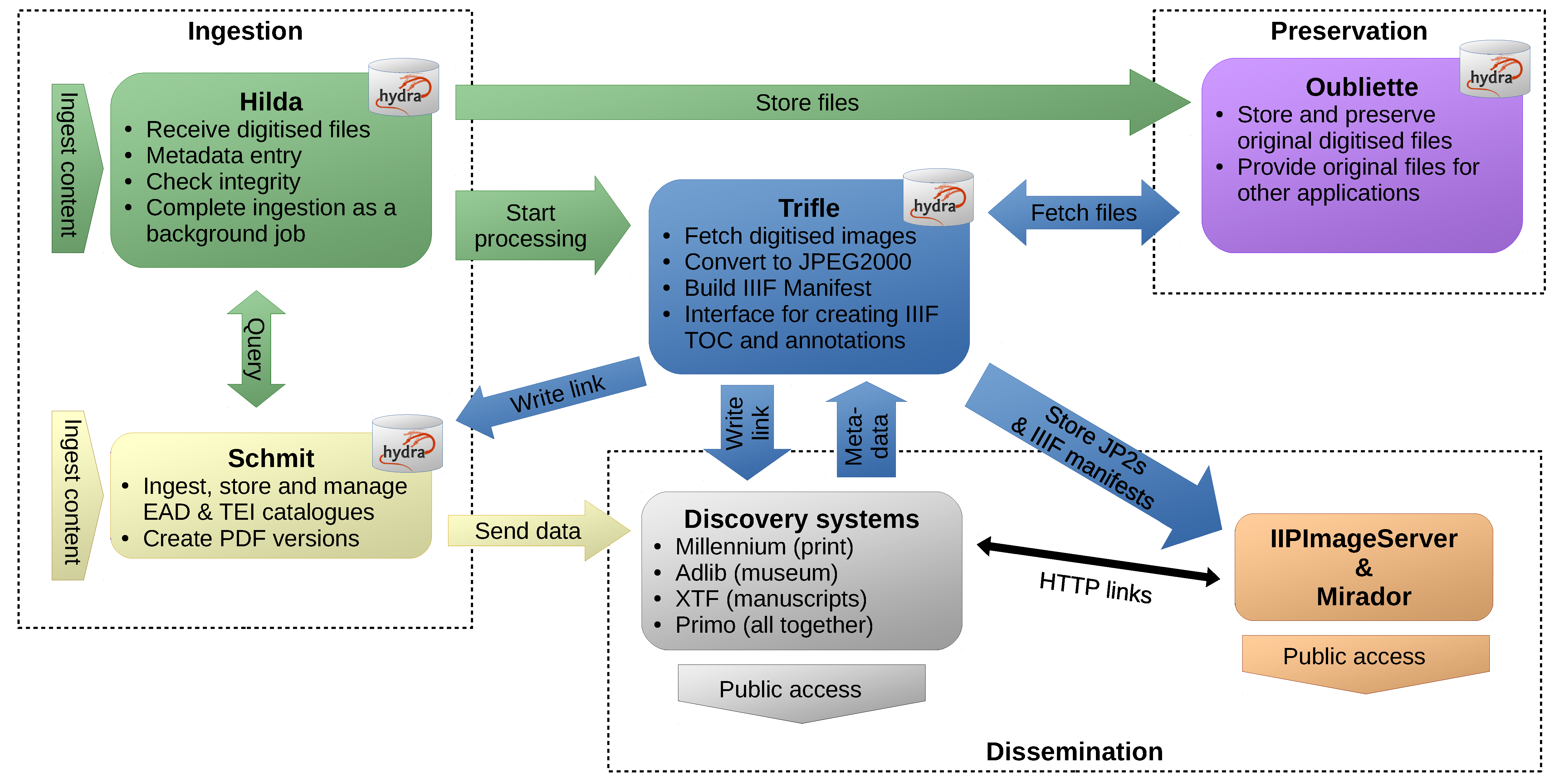 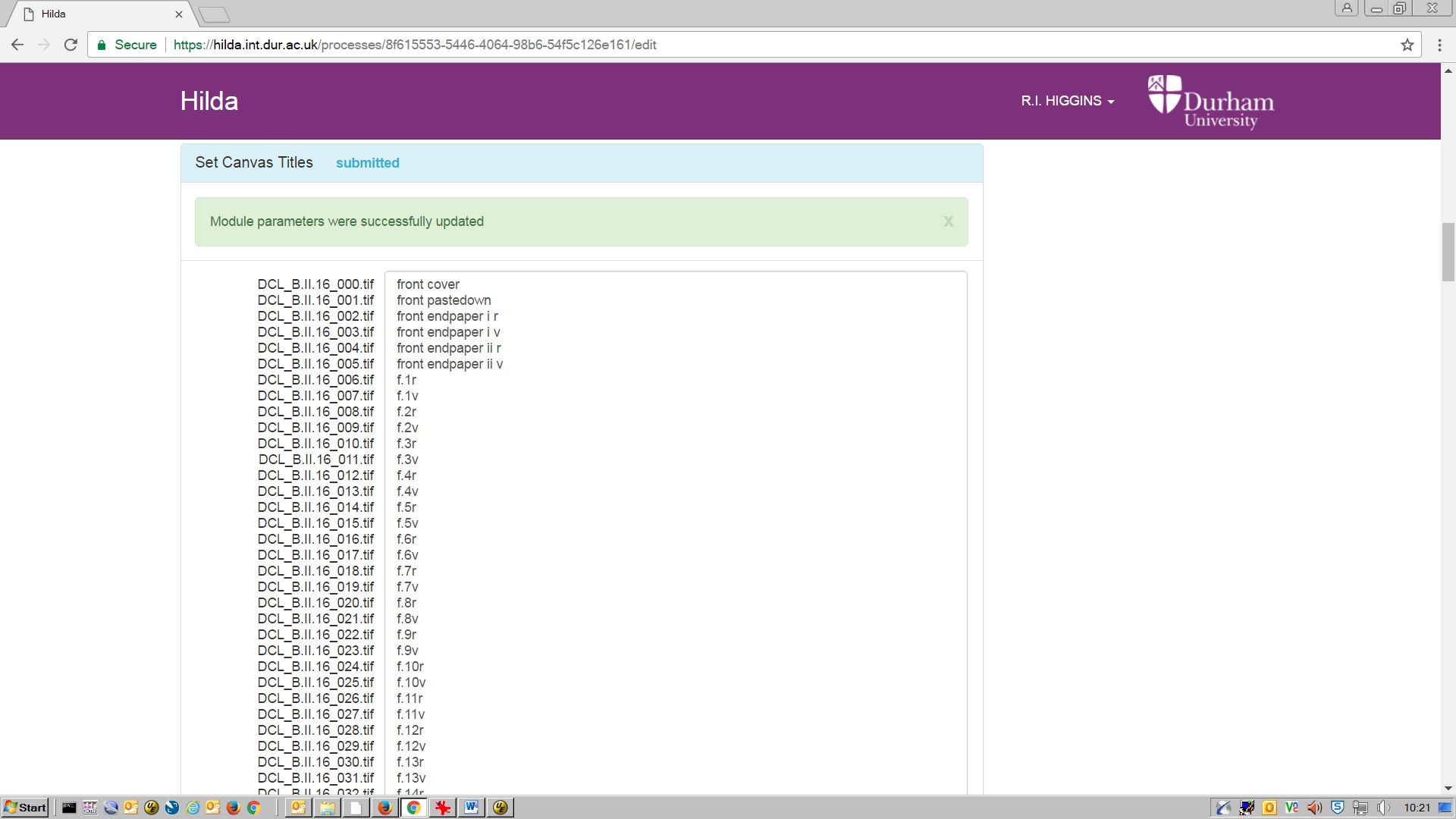 Tidying up the link