oubliette provides the interface to the objects stored permanently in the Fedora repository, where they have been sent by the hilda ingestion process. Currently it performs basic repository functions of storing, versioning and describing the individual files themselves and their relationship to other sibling and parent objects (such as the relationship between pages in a book and the book itself). At various points along the ingestion checksums have been generated for each file which assure that the file is the same file (a checksum is produced by a mathematical operation on a file which produces a unique number - the same operation in the future on the same file will produce that same number again). This checksum indicates if a file has changed - the result will be different - but does not indicate if the file contents are of any value. That operation should have been done by the person loading the file (if the wrong picture goes in the computer does not know this) backed up by a file checking process known as characterisation. This test to see if the file is what it says it is (a TIFF image file with a .tif filename should also be identifiable as a TIFF by analysing its internal structure). 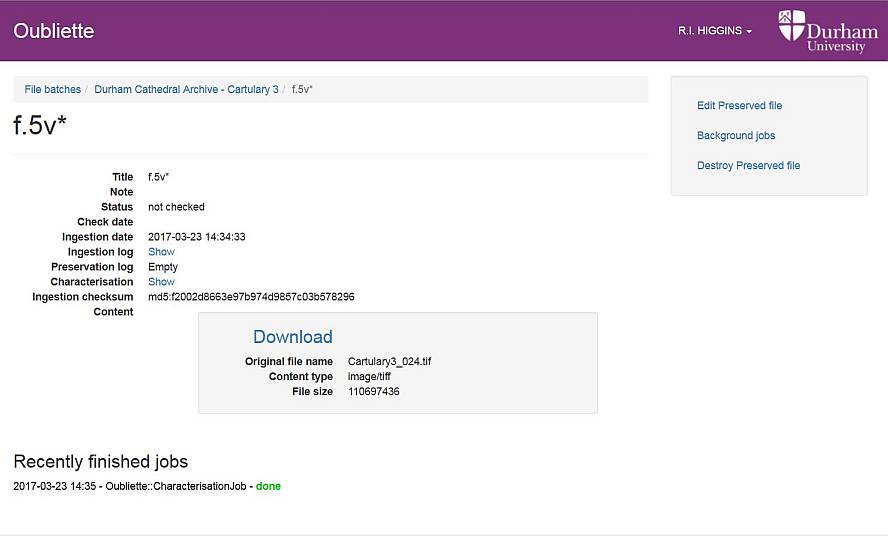 oubliette stores the checksum for each file and a characterisation file generated using fits (an aggregator of several file testing systems) and stored as an xml file. 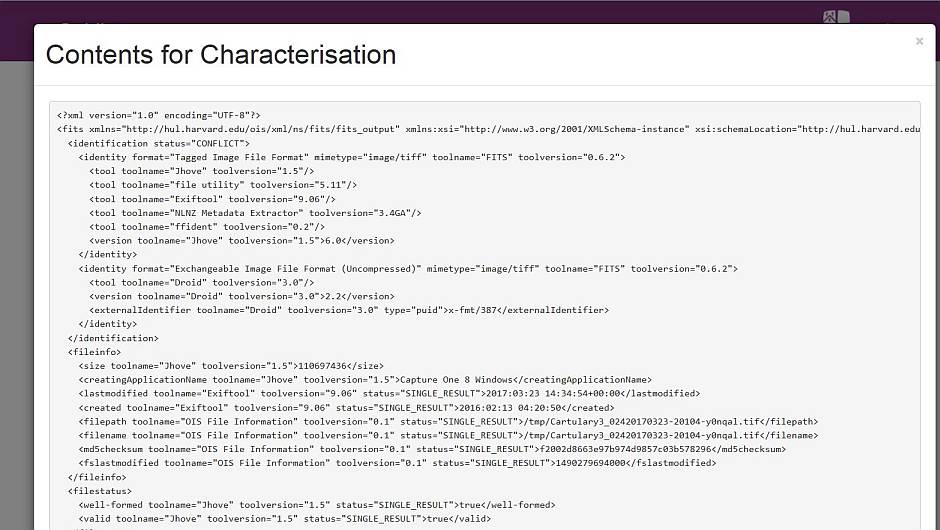